The AAS Heeds the Call of the Wild

With 1,225 registered participants, the AAS’s 220th meeting in Anchorage, Alaska, last 10-14 June did not break the official attendance record for a summer meeting (1,350, Boston, May 2011), but it came close. Unofficially, the meeting almost certainly drew a record number of people. For one thing, many attendees brought their families along to experience the “Big Wild Life” that makes Alaska such a popular tourist destination. For another, two public lectures and a special student-outreach program attracted hundreds of visitors from the surrounding area. Whatever the final tally, the meeting was a huge success—both scientifically and logistically. The Dena’ina and William A. Egan Civic & Convention Centers were spacious and comfortable, the weather was pleasant most of the time, and the science program grabbed hold early Monday morning and did not let go till late Thursday afternoon.

Many attendees were surprised to learn that this was not the first AAS meeting in Alaska. The 114th meeting was held in College, outside Fairbanks, in July 1963. Given how much everyone at the 220th meeting enjoyed the venue and the conference, it is probably a safe bet that the Society will not wait a half century before returning to the Last Frontier for a third time. The photos on these pages capture a small slice of the Anchorage meeting. They were shot by Imelda Joson and Edwin Aguirre, two of my former colleagues from Sky & Telescope. These and additional pictures will appear online in our Facebook and Picasa galleries. All photos are © 2012 Joson Images, courtesy AAS. 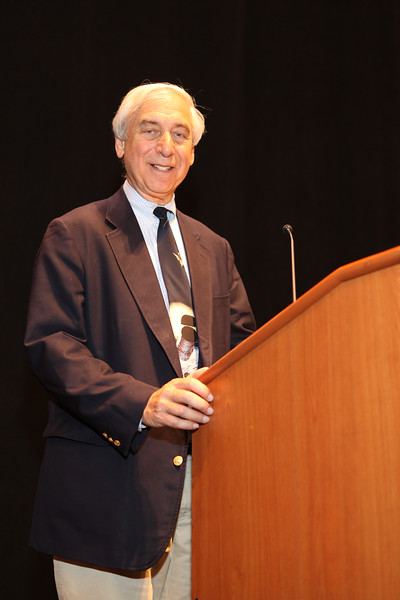 Jay Pasachoff (Williams College) flew to Alaska straight from Hawaii, where he had only days earlier observed the transit of Venus from atop Haleakala on Maui. In his public talk on Monday evening, he showed his own spectacular images and videos as well as others from his global network of scientific collaborators, some of whom used the transit of Venus to test methods for studying the atmospheres of transiting exoplanets. AAS photo © 2012 Joson Images.